Irwin Video’s low-cost focus group web streaming service has been designed specifically for market research projects. We can securely web stream your focus groups, depth interviews and vox-pops from a hotel, viewing facility, recruiter’s home or wherever you decide to conduct your research project. We can offer focus group web streaming from anywhere, even venues where there is no broadband internet or the connection speed is inadequate. Your clients can then watch the live web stream on their laptop, iPad or iPhone, from the convenience of their own office or the comfort of their own home.

On the day of the fieldwork, one of our video technicians will set-up the recording and web-streaming equipment at the venue. They will then remain on site to monitor the web stream and operate the camera, if required. After the groups/IDIs have finished, they will hand over the HD video recordings on a USB pen drive for the moderator to take away.

Irwin Video have been filming focus groups and other qualitative research projects for over ten years. We use HD video cameras, which can be either static to show a wide shot of the group, or operated for close up filming. We also use the most appropriate microphones for good quality sound pick-up. Viewers with a good internet connection will be able to watch the web stream in high quality: For those with a slower connection, the web stream will automatically drop to a lower quality to avoid buffering. 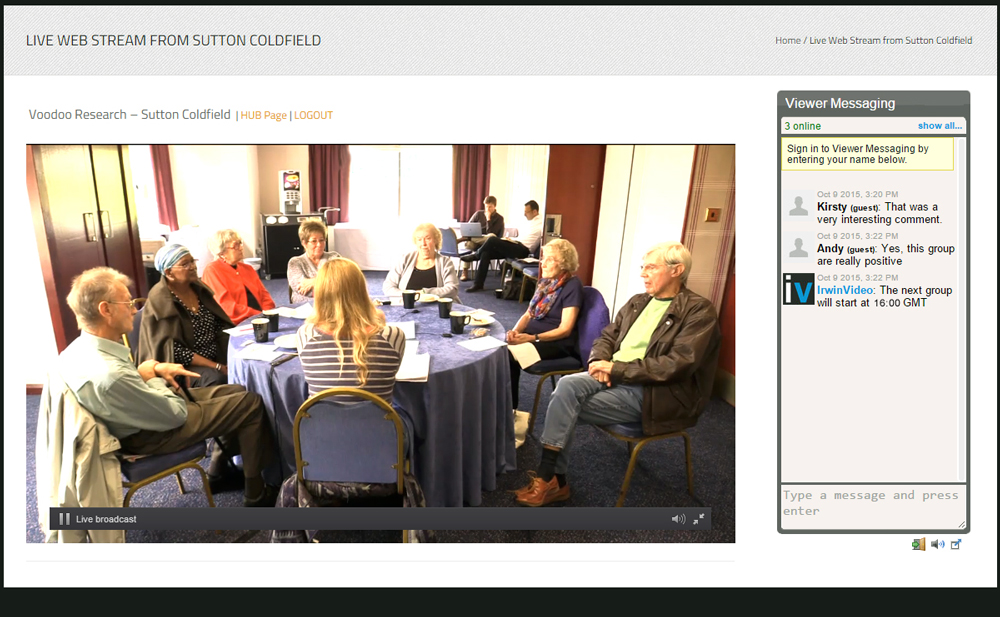 Formal research debriefs and detailed reports have their place.  However, using video can offer a more engaging way of presenting the findings. Working with market researchers, Irwin Video make films which not only bring consumers to life, but also have the power to convey important messages to its audience more quickly and effectively.

We have recently produced a research documentary with GfK Kynetec, who were asked by one of their clients to produce a film depicting ‘a day in the life of’ a professional pest manager (PPM). The research was conducted with PPM’s in the USA.

Our two-man crew of Andrew and Matty flew out to the US to film 11 interviews across two weeks in New Jersey, Georgia and North Carolina. The filming of each respondent was in two parts: The first part was a sit down interview, conducted by Damon, the Research Director from GfK Kynetec. The second part of the filming involved following the respondent around their workplace or going about their duty in clients’ homes. 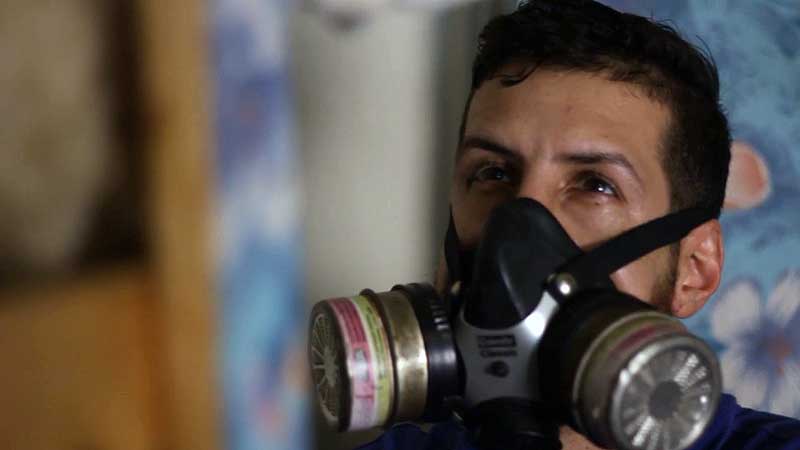 For the interview part, the video crew used a portable lighting kit to nicely illuminate the respondent, and set up a fixed boom microphone for good quality audio pick up. Andrew filmed the interviews with a Canon C100 cinema camera. Once the interview was under way, Matty left Andrew to it and used a Canon 5D DSLR camera on a portable rig to film B-Roll shots around the respondent’s office or workshop.

At the end of each filming day, Andrew transferred the interview recordings to an MPEG-4 proxy file: This is a compressed recording with on-screen rolling time-code; it is an easy-to-view file which Damon could take away on a USB pen drive.

Once filming was complete we set about editing the research documentary. Referencing the on-screen time-code information, Damon could easily identify the clips that he wished to consider for inclusion in the final film. Our video editor expertly combined the interview clips with selected B-Roll footage and added music and titles to compliment the film.

We uploaded the draft versions of the film to our secure file sharing server for Damon to download and watch. On the first viewing of the research documentary Damon sent us an email exclaiming “Wow – this looks great!  Really, really impressive stuff.”