Irwin Video have completed the fourth promotional video in a series of films for CoreRFID. Cheshire based CoreRFID have been very pleased with the series of promotional films that we have produced for them. This year alone, CoreRFID have commissioned four case study films which show how their clients benefit from their RFID products and services.

Filming took place at Street CraneXpress’s offices and workshop. Director Eddie Irwin and camera operator Steven Thomas began with filming an interview with James Eastwood, the Operations Manager at SCX. The crew then staged a number of scenes which included filming one of SCX’s engineers inspecting crane equipment. A SCX employee was also drafted in to play the role of a customer.  One of the shots involved mounting a camera to a hoist and lowering the camera towards the engineer on the ground. 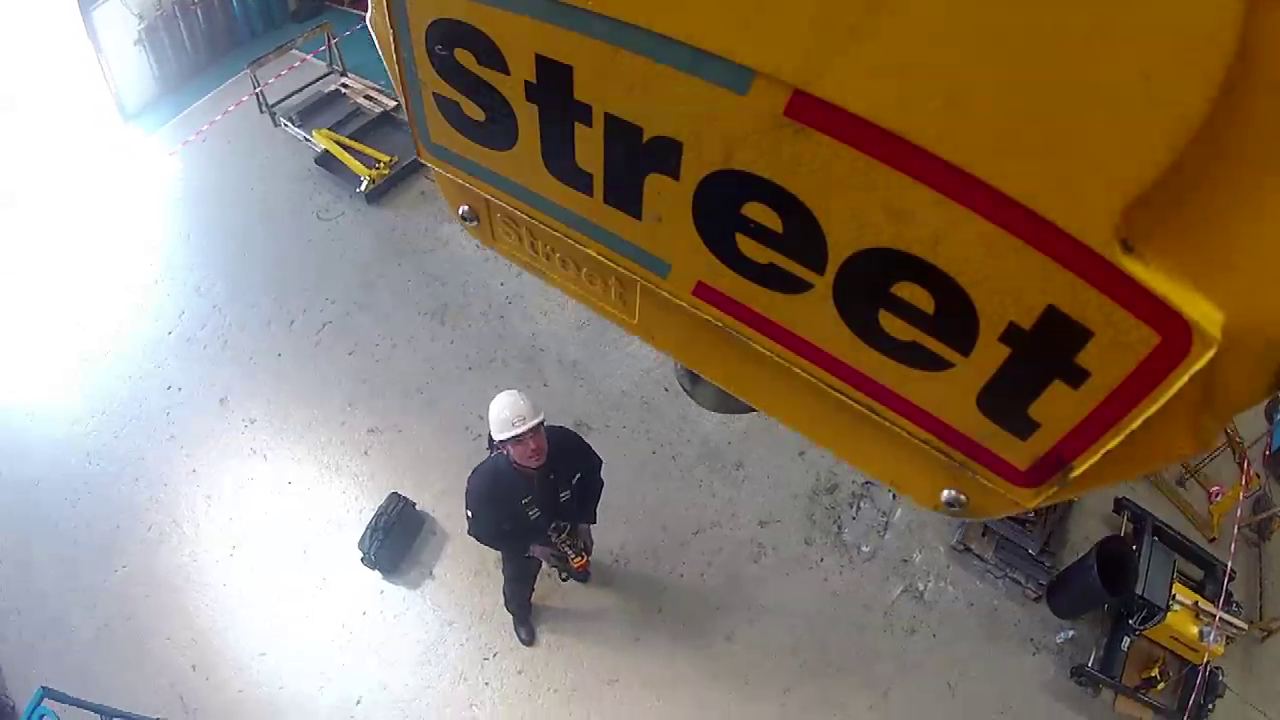 Some additional filming was later arranged at CoreRFID’s offices in Warrington, to film a brief interview Richard Harrison, their Technical Sales Director.

At the editing stage, the answers from the interview with James were carefully edited to create the narrative for the film. Shots from the engineer and customer scenes were creatively overlaid. Music and titles were then added to produce a highly engaging and informative promotional video.

This promotional film was the fourth in a series of case study films produced for CoreRFID this year. The first case study film was filmed in Selby, North Yorkshire, and featured CoreRFIDs asset management tracking system used by Industrial Chemicals Limited. In the summer, we travelled to Ireland to film a further two case study films with Hoistech Ltd and Assess Ireland. Visit our video production page to watch these films and other examples of our work.

Using a Client Case Study Video as a Promotional Film:

Irwin Video has recently completed a promotional video for Cheshire based company Core RFID.  It features a case study of Industrial Chemicals Limited, explaining how Core RFID’s asset tracking solutions have significantly improved the tracking and maintenance plans of ICL’s 3000 intermediate bulk containers, which they transport to different sites around the UK.

Filming included a day at an ICL site in Selby. Following a safety briefing, our crew first filmed an interview with Darren Sharpe, ICL’s Energy Project Manager. Then, dressed in hi-vis jackets, safety helmets and steel toe-capped boots, the crew had a great time filming ICL workers around the site. This included some time-lapse filming and attaching cameras to a fork lift truck to capture dynamic shots of the bulk containers being moved around. We also had a camera operator filming inside the cab of an HGV and filmed the truck on the roads around Selby.

On a second filming day, we spent some time filming at Core RFID’s offices in Warrington. This included filming an interview with Core RFID’s Technical Sales Director, Richard Harrison, who explained more in detail the service and equipment that they supplied to ICL.

The benefits of a Client Case Study Video

This professionally produced client case study video works as an effective promotional tool for Core RFID, as the video endorsement from one of its customers offers a powerful message to potential new clients. It also benefits ICL, as they too can use the video to show their customers how they use technology to keep track of the whereabouts, maintenance and life span of the containers that they are sending out.

After watching the final cut of the video, Richard Harrison stated “We are all really pleased – it looks excellent. Thanks for all your hard work.”